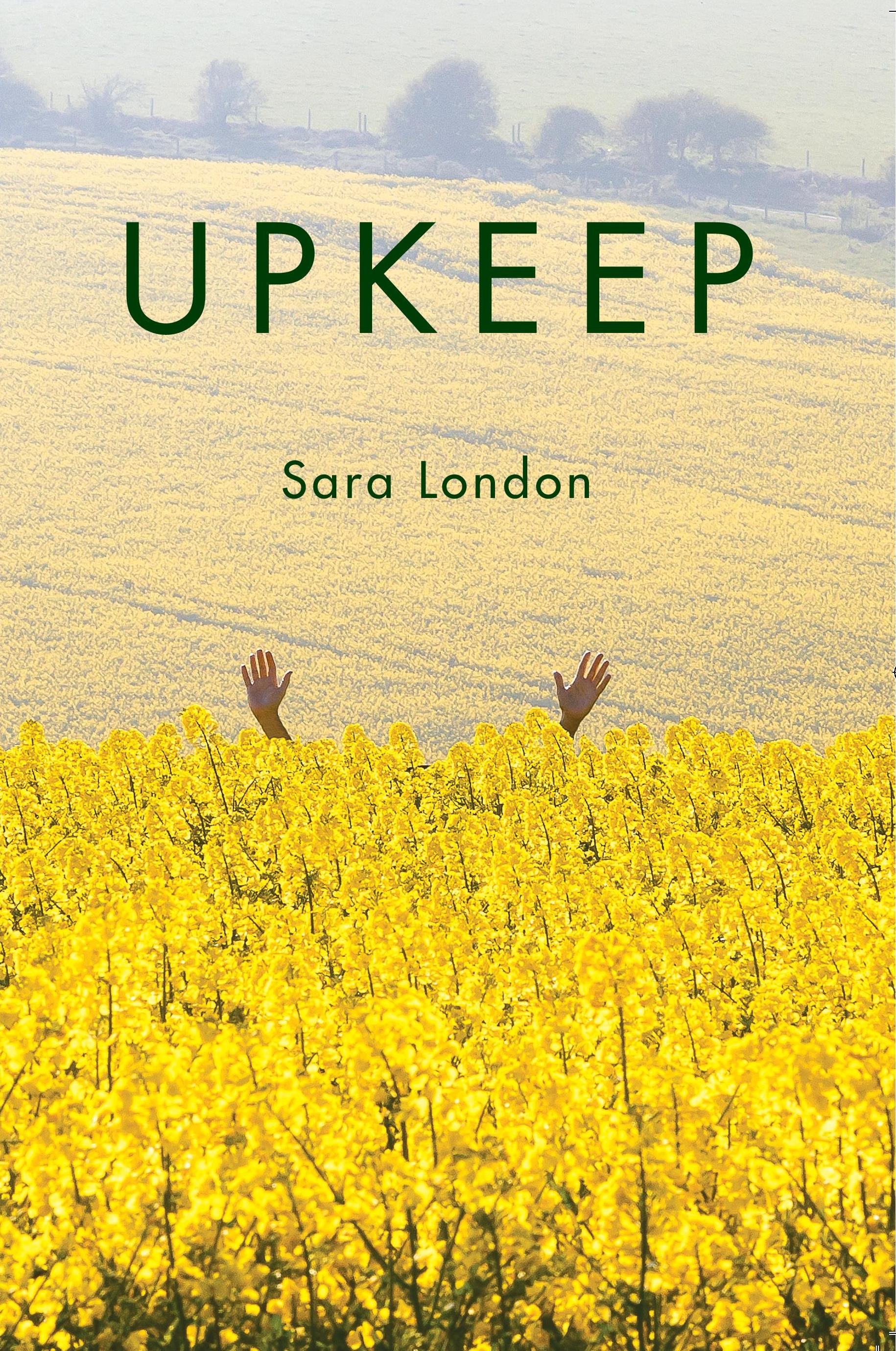 Winner of the Sheila Margaret Motton Book Prize,
selected by the New England Poetry Club Board

The poems in Sara London’s Upkeep offer a guidebook for both coping with and negotiating the difficult terrain of life after great personal loss. In the book’s opening section, the speaker explains to a Martian the ways we earthlings attempt to raise our dead—“you’ll find that with dreams // we exhume our dead without the mess /of upturned dirt”—and later finds comfort in objects that connect her to her late Mr. Fix-It father. These are elegies whose solemnity has been upended by humor and the nuanced interrogations of the daily rituals that heal us. “How do you / do it, start the experiment— / gas up, each day, anew?” she asks. Oatmeal and duct tape help, London suggests, but ultimately the heart decides: The “old tubes, they play on.” Read full press release (PDF)Show excerpts from reviews of Upkeep.

“. . . . The earmark of this distinctive book is the tension between the simplicity of the poems’ occasions and the intricacy of their construction. A woman braiding her hair, a folding chair beside a mother’s coffin, someone cleaning a street or cooking oatmeal or driving through a storm, some fruit in a bowl, it is out of these small, unassuming, easily overlooked (by anyone but London) objects and moments that the poems in Upkeep construct their elaborate extended metaphors. . . .”
—Lynn Emanuel

“When Gerard Manley Hopkins wrote ‘the achieve of, the mastery of the thing,’ he exactly describes the richly textured idiom and virtuosic musicality of Sara London’s Upkeep. I greatly admire how her understanding of elegy is in tension with her humor and essential hopefulness. But most of all, her work embodies what Seamus Heaney once called ‘the steadfastness of speech articulation,’ in which her care for language is continuous with her care for other people and the world.”
—Tom Sleigh

On The Tyranny of Milk

“Sara London’s The Tyranny of Milk reminds me how vital Memory is/remains to poetry. She recollects, recovers, recounts ‘muscular sacks of histories’ that are ours and hers. Her poems go beyond nostalgia to reveal how ‘memory wants more than it can keep.’ They discard conceptual gimmicks and empty word play in the name of clear-eyed utterance. This debut achieves a clarity that is transcendent and humanizing and unforgettable.”    — Terrance Hayes

“Sara London’s quirky, assured voice is at the heart of this book. Inventive and finely observant, her poems reel us in with their unpredictable considerations and digressions. Here, odd subjects are adroitly turned in the light of the familiar, while the common and ordinary are rendered strange, their underbellies exposed. The Tyranny of Milk is a distinctive, compelling book.”    — Cleopatra Mathis

Show excerpts from reviews of The Tyranny of Milk.
“The powerhouse poem “Cold War” . . . functions like a light switch, illuminating several of the book’s recurring concerns: parental influence and its aftereffects, the shifting shapes and functions of love and marriage, our bottomless longings and mysterious sets of sorrows. “
— Kirsten Andersen, Provincetown Arts
A “real achievement of vision and voice . . .  [W]hat I really admire about these poems [is] the bait-and-switch game they play with confessional conventions, and the way that game replaces the prurient interest in intimate revelations with the purposeful satisfactions of linguistic and prosodic play.  To put it another way: while these poems might seem to be about the plight of a bed-wetter, say, or the sting of a mother’s tongue, or the tensions within a marriage, they are more properly seen as about how these things are filtered through, or, better, constructed in language.  The vision is the voice, and these poems press the point that we see as we speak.”
— Michael Thurston, The Poetry Pill (thepoetrypill.blogspot.com)
London’s “poems are . . . carefully wrought in their detail and emotional honesty.”
“. . . full of surprises that are bound to delight the reader . . . so sonically satisfying I repeated lines over and over to experience their full weight.”
“I love the quiet ambiguity that haunts so many of these poems . . . London masterfully transforms the mundane to the magical. ”
“ . . . moments of comedy, sadness, wonder, and even heartbreak . . . Above all, this is a collection that makes you feel deeply . . . [L]ines like these magnify something deep in each one of us.   . . . London has hit upon something highly resonant, some hidden truth.”
— Tasha Cotter, Poets’ Quarterly (www.PoetsQuarterly.com)

Collaborating with photographer Carlotta Luke on this unique volume of her cyanotype images was a great joy. Carlotta’s artistic vision of the shoreline’s rhythmic interplays and haunting dramas inspired me to reflect on my own love of and longing for the dynamic, metaphor-rich theatrics of coastal Massachusetts. The book project, undertaken during the height of the pandemic, led us on a panacean pilgrimage along the ever generative borderlines of sea & shore, image & word, friend & friend.

My earliest impulse as a poet was to seek illumination through narrative. Sequential expression is a natural mode for me; what Alan Shapiro has called that “arc of connecting origins and ends” has long propelled me as a writer and inspired me as a reader. Anecdote and incident were once located for me primarily in childhood memories. And while my leaning toward a linear unfolding of “story” has grown less pronounced over the years, family experience, as part of my historical continuum, is still of ongoing fascination. If only intermittently, I still retreat to and retrieve from that not-so-distant old country of innocence.
show more
The “spaces” memories open, writes William Carlos Williams in his poem “The Descent,” are “of new kinds.”  Memory, he says, “is a kind/of accomplishment,” an “initiation.” Indeed, the way retrieval blazes a new present in poetry makes it a singularly magical enactment. And the tension between the retrievable and the lost is a resonant part of the narrative. Canning time for emergency survival is no small bit of our enterprise as poets; we relentlessly invent new realities that give us access to our past as they nurture us in the “now.” All the while, with our “new realities,” we’re subconsciously laying in provisions to ensure palatable continuation — to link us to a future, our future. But really we’re foraging for more time.

Poems are in fact dogged inventors of time. In her book on poetic closure, Barbara Herrnstein Smith discusses the essentially ahistorical nature of poems and the way a poem becomes inevitably “unmoored” from the “circumstances and motives that might have occasioned it.”  (In a recent essay in Poetry, Tony Hoagland refers to poems that refuse “to make a history,” insightfully characterizing the rejection of narrative continuity, what he calls “disorientation” or “vertigo,” in much poetry today.) But I’m interested in the way poems can reclaim history, can revisit and unmake experience, and simultaneously make new legacies.

Invention itself, as in a complete re-constituting of experience, happened in a way that was new for me in the title poem of The Tyranny of Milk.  The narrative, a surreal recounting of a Sabbath dinner spoiled by hyper-lactating cows, suspended me in a kind of dairy-parlor domestic vertigo.  By braving the bovine fiction, I gained access to writing about family, religion, tradition and the imagination in a way that felt truthfully self-illuminating. I grew up in a household of traditional Jewish values, in which elaborately prepared, prayerful Sabbath dinners were a routine. My poem questions the sustainability of belief and ritual. It also explores the tension between enduring love for one’s parents and family history, and the great distance traveled from the breast of nurture to the bistro of independence and art.  Which is to say that elements of surrealism and satire here served to initiate me into a complex personal exploration. The poem (in Smith’s phrase) became a “script for its own performance.”

How we get from here to there in a poem, and especially how we get to “there,” how we end a poem, is of particular interest to me. (Smith’s book on poetic closure remains of great value on this topic.)  Though intuitive for a writer of experience, that point where anticipation and expectation come to rest in a poem can nonetheless feel elusive in the writing process. And so much, it seems, depends upon where we leave the wheelbarrow, as it were.  The meditation “Why the Water” rolled along the currents of my mind (and on the flats of the page) for a long time before resolving itself.  It was a kind of breakthrough poem for me, dwelling in such an intensely sustained way on a single figure of nature. (After leaving my home on Cape Cod for a new life in inland Massachusetts, I began to reflect on that great wet element that had so powerfully seeped into my soul.) The poem helped me to loosen up. It allowed me to discover the unknown and unknowable, to be conducted to a place of meaning along a sensorial current, and to do so, as Keats put it, “without any irritable reaching after fact and reason.” Ultimately, the personal posture got swept away by the potent force of a larger “story,” that of human longing. 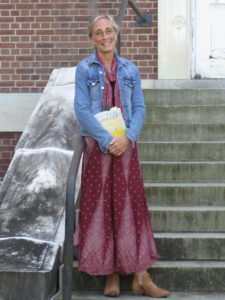 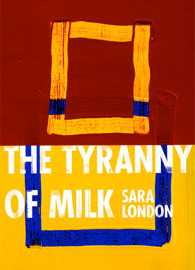 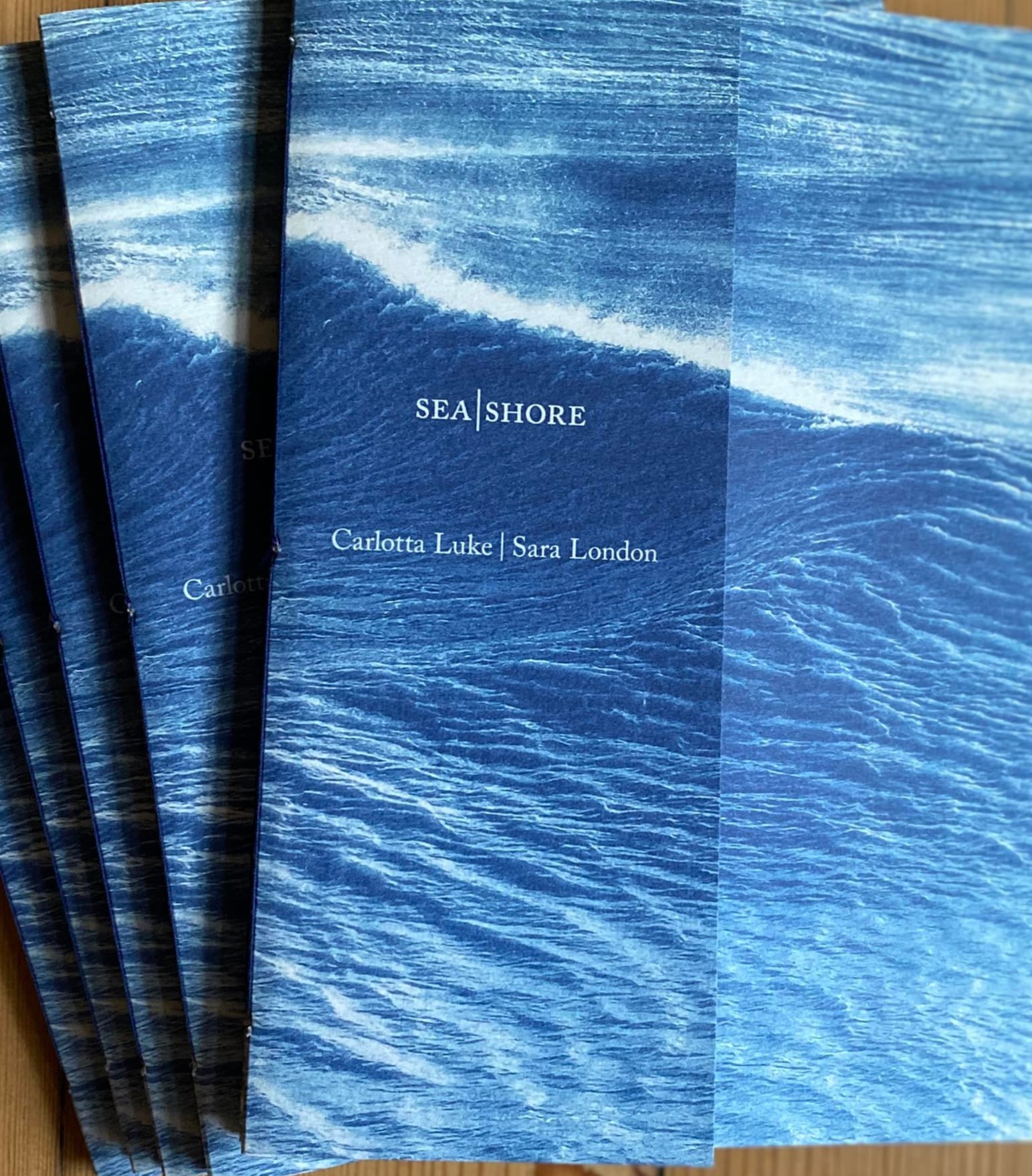 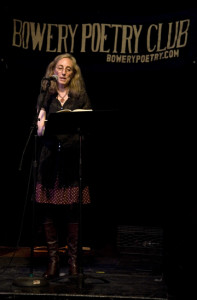 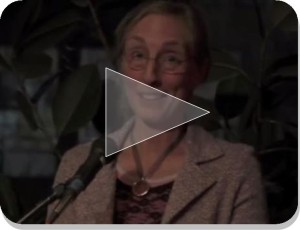